On the 16th of March Zyla Life agreed to be acquired by Assertio Pharma. Merger consideration stands at 2.5 ASRT per each ZCOR share, representing 22% upside. Trading volume is very limited with an average of $2k-$3k per day so this is suitable for small PAs only. Borrow for hedging is available and cheap. Approval is required from shareholders of both companies and 51% of ZCOR shareholders have already agreed to support the transaction. Both meetings will be held on the 19th of May. Closing is expected in Q2.

The main risk here seems to be approval by ASRT shareholders. However, its 6 major shareholders own 40% and from their profiles (index/quant funds and non-activists) it seems likely they will vote in favor of the merger. 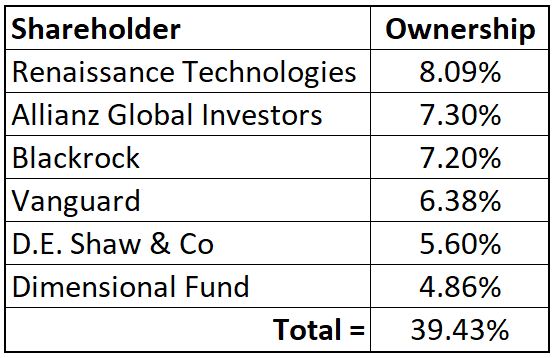 In early 2020 Assertio divested its main business (two drugs – 80% of revenues) and used the proceeds to repay debt. The company is now focusing to its remaining business of anti-inflamatory drugs (as discussed by the CEO after the transaction) and aims to live up to its growth story by replacing the sold revenues. ZCOR with its complementary portfolio of anti-inflammatory drugs and revenues equal to 44% of the divested assets seems to be a reasonable move in that direction.

Current upside stands at 26%, which is the widest since the announcement. The spread shrank to zero after shareholder support agreement was signed at the end of March and then widened significantly after ZCOR announced (13th of April) cost cutting measures due to COVID-19. However, trading in ZCOR shares is very slim ($2k/day on average), so I do not think the spread or changes in it actually reflect anything about the likelihood of transaction closing successfully.

ZCOR is a commercial stage pharma company that currently owns 6 non-narcotic anti-inflammatory drugs (5 of them were acquired in Jan’19). On the 13th of April Zyla announced that it expects the virus to have an adverse impact on the business and started implementing cost cutting measures (salary cuts). Nonetheless, it seems that the impact from the virus should be somewhat limited as even though ZCOR drugs are prescription based, it is possible to get the prescription online, while the actual demand for them shouldn’t have decreased. Zyla’s products are used for various cases like rheumatoid arthritis, osteoarthritis, acute painful shoulder etc. However, among several other uses, Zyla’s second most popular drug SPRIX (30% of revenues) is also used in post-surgery acute pain management. As the amount of surgeries should be significantly lower in the current environment, the cut in demand will likely come from this customer segment.

At the end of March the company also released its annual results with net sales ($81.3m) in line with the guidance ($80-$85m). Also most likely ASRT a had preview of these results during the due diligence process before signing the merger agreement, so it should not affect merger outcome in any way.

ASRT currently owns just 2 anti-inflamatory drugs (for migraine and acute pain). The company previously focused primarily on the opioid market, however due to the increased public awareness of the opioid abuse issue regulators pumped up the scrutiny of the opioid companies. As a result ASRT received (and still receives) numerous subpoenas from the regulators. Moreover, multiple states and municipalities filed a number of lawsuits against the company (and its peers) alleging false and misleading marketing, while knowing the risks and issues of the drug. As a result the company has decided to shift away from opioid products and in the beginning of 2020 divested its two main drugs (80% of revenues) – its flagship product Nucynta (opioid) and Gralise (non-opioid) for about $450m + $52.5m of further royalty payment for Gralise. The company used proceeds to repay its debt and currently should have about $50m cash left on the balance sheet.