On the 29th of January Israeli satellite services networking communications equipment Gilat Satellite Networks has agreed to combine with its US peer Comtech. Consideration stands at 0.08425 CMTL + $7.18/share in cash, so the target company currently trades at the cash portion level. Borrow is available and cheap. Closing is expected in H2’20. Financing has already been secured and shareholder approval has been received. Approval from US regulators has also been granted, so apparently the only remaining hurdle is the consent of Russian regulators.

GILT used to trade at a tights spread both before and after the market fall in March, however the spread has increased significantly over the last few days after the Q1 results were released. 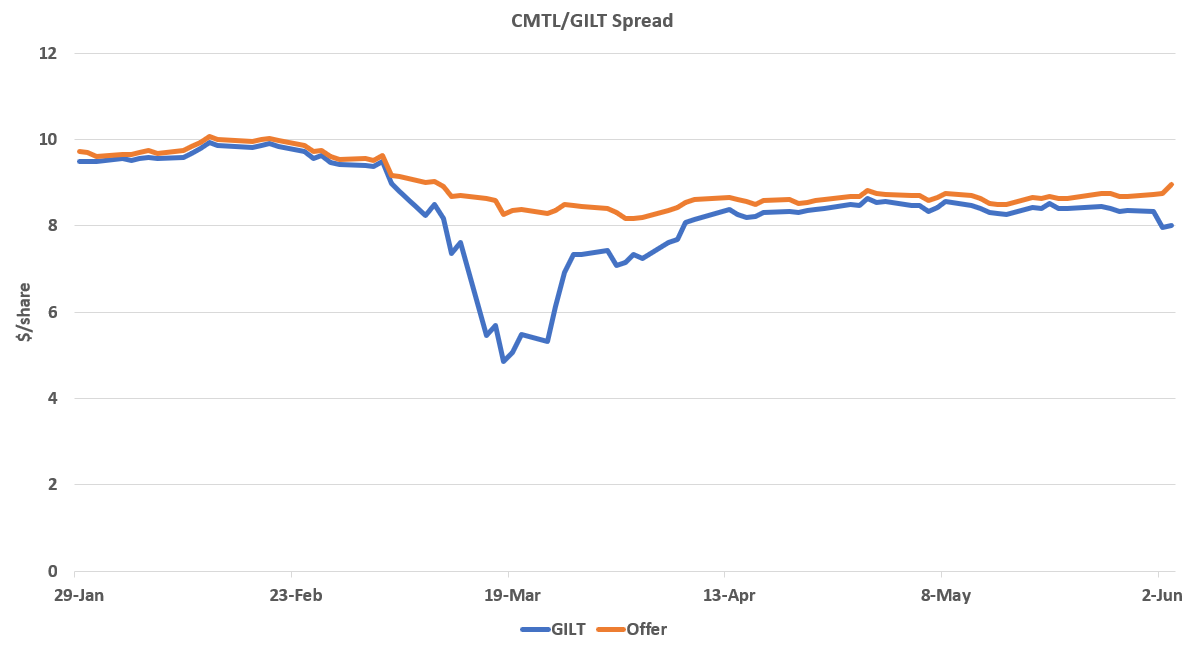 The primary reason for wider spread seems to be the update on another acquisition by CMTL (UHP Networks) – Comtech stated that they’ve amended the terms and reduced the consideration by 24%. And although the terms of GILT transaction have not been changed so far, the market apparently became cautious of this possibility.

Moreover, it was reported that Russian regulatory review has been extended, potentially up to several months (conf. call):

Comtech received notification from the Federal Antimonopoly Service or FAS of the Russian Federation that it was extending the review period for Comtech’s application to purchase Gilat. This extension is intended to allow the Russian government sufficient time to determine under the Russian Federal Investment Law, whether approval of the Gilat transaction is required from the Chairman, from the Russian Government Commission for supervising foreign investments. The Russian Government Commission is an interagency group with the authority to review certain foreign investments.

From antitrust perspective this seems to be a minor hurdle as Russian segment generates only a small portion of revenues for both companies and the combined company is unlikely to have material market share in Russia. However, both firms provide services to numerous governments (major segment for CMTL) around the world including the Russian government, so there might be some strategic/political considerations involved. Companies don’t disclose many details about these relationships (although GILT states that Gazprom is one of its customers), so it is not clear to what extent this could pose a threat to the acquisition. However, from the statement made in the conference call above this seems to be more of an administrational issue rather than a major threat, especially when US regulators have already approved the transaction.

Gilat designs and manufactures ground-based satellite networking equipment, which is then sold to communication service providers, operators, government or residential users as either network components (modems, antennas etc.) or complete network solutions. 85% of GILT revenues are generated by its commercial segment and 15% by government (the company provides services to Latin American and US governments).

Q1 resulted in 21% fall in revenues and $4m net loss vs $7.6m profit YoY. So the performance of both companies has been quite similar.

Comtech has emphasized growth through acquisitions strategy (see table below) and over the last 4 years conducted 7 mergers (including UHP and GILT). Gilat will be their largest acquisition so far and is expected to diversify CMTL revenue base (expand international market segment), add complementary technologies, boost R&D capability, increase margins and liquidity. 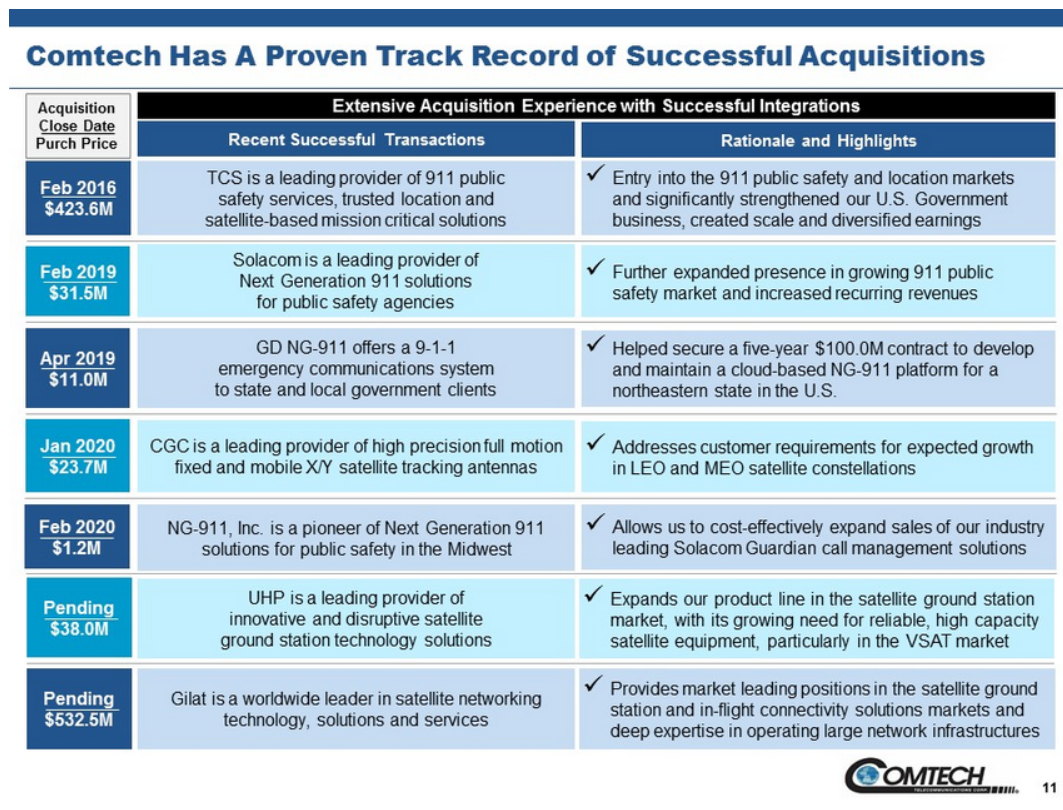