The graph below details the individual MoM performance of all the active/closed cases (excluding Quick Ideas) during June. 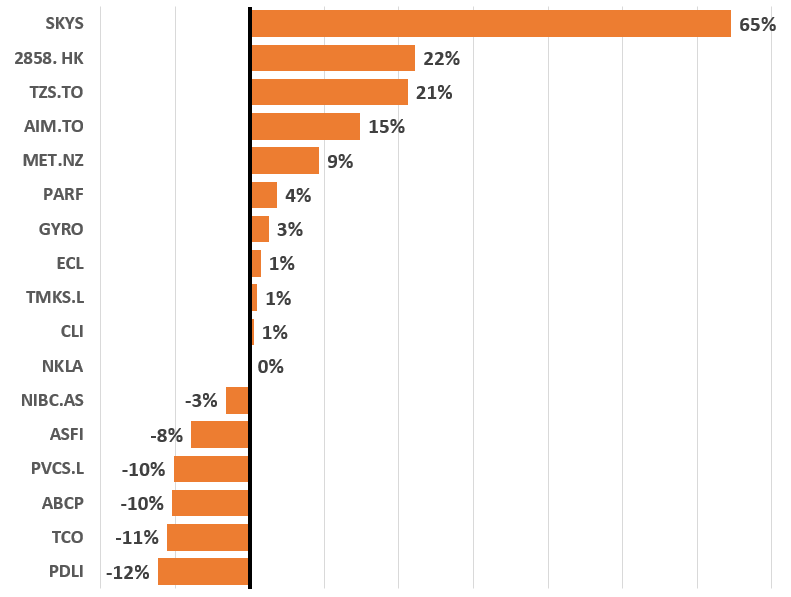 Ecolab (ECL) +$2,100 in One Month (+$11,000 for unhedged positions)
This was one of the most profitable split-off transactions over the last 10 years. Ecolab distributed its remaining stake in Apergy by converting $100 of ECL shares accepted in the tender into $111.11 of Apergy. Holders of less than 100 shares were accepted on a priority basis and had an option to earn almost risk-free $2,100 (for hedged positions), while unhedged trades made over $11,000 due to post-COVID recovery in the oil prices and oil industry.

Bitauto (BITA) +48% in 3 Months
Bitauto merger with the Chinese internet giant Tencent was an interesting opportunity created by the market downfall after the COVID-19 outbreak. Due to the credibility of the buyer and 48% initial support from shareholders it seemed that a 5x increase in the spread does not correctly reflect the change in risks. Eventually, after 9 months of due diligence (prolonged due to COVID-19), a definitive agreement was finally signed and the trade was closed with 48% return in 3 months.

Yixin Group (2858.HK) +20% in 4 Months
Tencent was acquiring Chinese e-commerce company Bitauto and due to the change of control clauses, it also had to make a mandatory offer for the listed BITA’s subsidiary Yixin. Spread stood at c. 20% to the expected price of the mandatory offer. After 9 months of due diligence (extended due to COVID-19) a definitive agreement with BITA has been finally signed and the offer for Yixin was subsequently set at HK$1.91/share, which was slightly below the expected offer price. Although the offer document clearly stated the buyer’s intention to maintain the public listing of Yixin (meaning virtually no chance for the price to be raised), right after the announcement target company shares were initially trading at a small premium to the offer sweetening the profit for this trade.

Quintana Energy Services (QES) +9% in 1 Week
This was quite a risky all-stock merger of two nano-cap services providers in Oil & Gas industry. The merger was announced post-covid, shareholder approval was likely to be granted and the strategic rationale was sound. However, due to the crisis in the O&G industry and near-bankruptcy situation that both companies were facing, the market was completely discarding the chances of this merger completing successfully. Despite that, a swarm of new retail investors pumped up the prices of both firms in mid-June and completely eliminated the spread (tuned it negative actually). Riding this “lucky” wave, the trade was quickly closed with a 9% profit in 1 week.

Empire Bancorp (EMPK) +12% in 2.5 Months
Another tiny bank merger that got delayed due to covid. Empire Bancorp is getting acquired by Flushing Financial for a 50%/50% combination of cash&stock. Both shareholder and regulatory approvals had already been received, strategic rationale seemed to make sense and the transaction was supposed to close in April. Despite delays, both companies claimed to be committed to close the merger as soon as the economic environment stabilizes. Eventually, the spread shrunk to 3% (without any news/updates), and given the remaining uncertainty regarding the closing, it was decided to secure the 12.5% profit realized over 2.5 months.