On the 10th of July network infrastructure services provider Westell Technologies announced intentions to conduct a 1 for 1000 reverse/forward stock split and delist from Nasdaq afterward. Both class A and class B fractional shareholders will get cashed out at $1.48/share, so the trade here is to buy 999 WSTL shares and get cashed out during reverse split for a total profit of $450. Shareholders’ meeting to approve the transaction is expected to be held in September. Directors own 56% of the voting power (and 26% economic ownership), so the approval is guaranteed.

Despite the attractive upside, a couple of recent cases suggest this is far from being ‘risk-free’. The main risks are that either the reverse/forward stock split or the terms get amended (price or the split ratio).

The primary purpose of such a transaction is to decrease the number of its shareholders below 300 (the level at which reporting to SEC is required), however, the transaction is very fresh and in the initial PR WSTL did not provide how many shareholders it currently expects to cash out. Proxy statement is likely to include additional information on this.

WSTL is essentially a “melting ice cube” company that is facing significant issues with scale and competition. It operates in 3 segments: 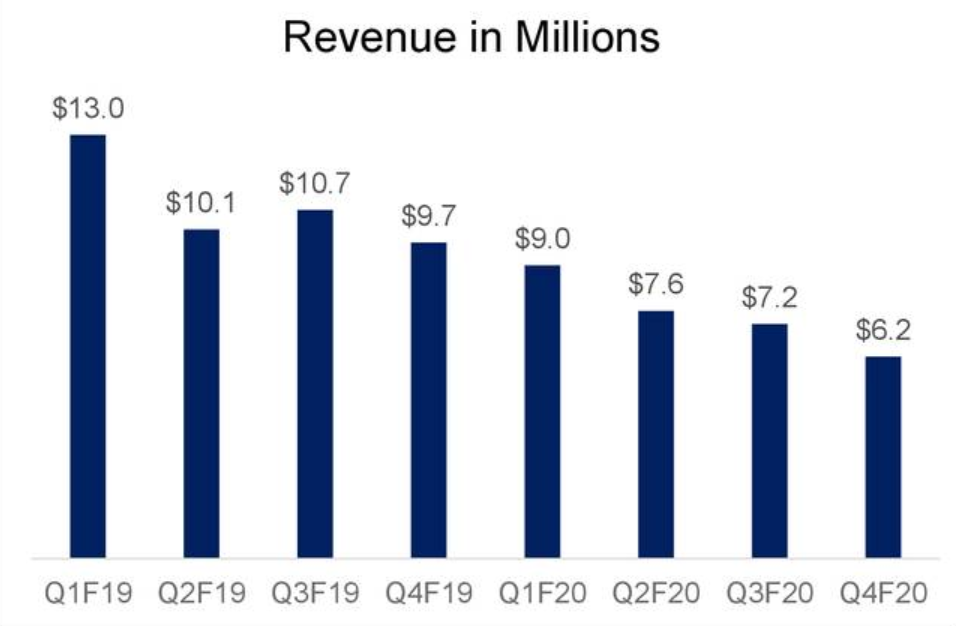 Recently the company received delisting notice from NASDAQ (due to share price being lower than $1/share) and has until Dec’20 to regain compliance (however, apparently decided to delist voluntarily anyways).