This idea was shared by Tyler.

Input Capital is subject to acquisition by Bridgeway National. The merger was announced on the 12th of August, while the consideration stands at C$1.75/share in cash (C$97.5m in total). Conditions include 2/3rds of the vote cast and the meeting is expected to take place on the 23rd of September. Directors and several major shareholders (Emsley & Associates, Dalhousie Capital, and XL Value Offshore, combined 33% ownership) have agreed to support the transaction. Management’s circular is expected to be mailed later in August.

Given the 3-year-high price (103% premium to closing price and 150% premium to the tender offer carried out in April), an attractive 1.4x BV multiple (reached only back in 2016) and support from the major shareholders it seems that the offer should go through. The situation likely exists mainly due to the small size of the deal and INP.V trading in TSXV, which isn’t the typical hunting grounds of merger arb folks.

There is also a certain strategic rationale for this merger – as Bridgewater seems to be interested in growing INP’s mortgage stream business, which so far has struggled to attract the needed financing.

Worth noting that in case the merger breaks, due to the large premium, the downside is very significant.

Input Capital operates as an agricultural commodity streaming company in Canada. The company buys and sells canola (largest and most profitable crop in Canadian agriculture) from prairie farmers through multi-year streaming contracts. It also provides capital to farmers to assist with the working capital needs, mortgage finance, and crop marketing issues, as well as offers multi-year crop marketing solutions to farmers. Input Capital Corp. was founded in 2012 and is headquartered in Regina, Canada.

Since 2017 INP financial performance has been under significant pressure due to falling canola prices, good harvest years (better financial position for farmers and reduced need for INP services) as well as trade disruptions with China (major Canola consumer, which started liming imports from Canada). 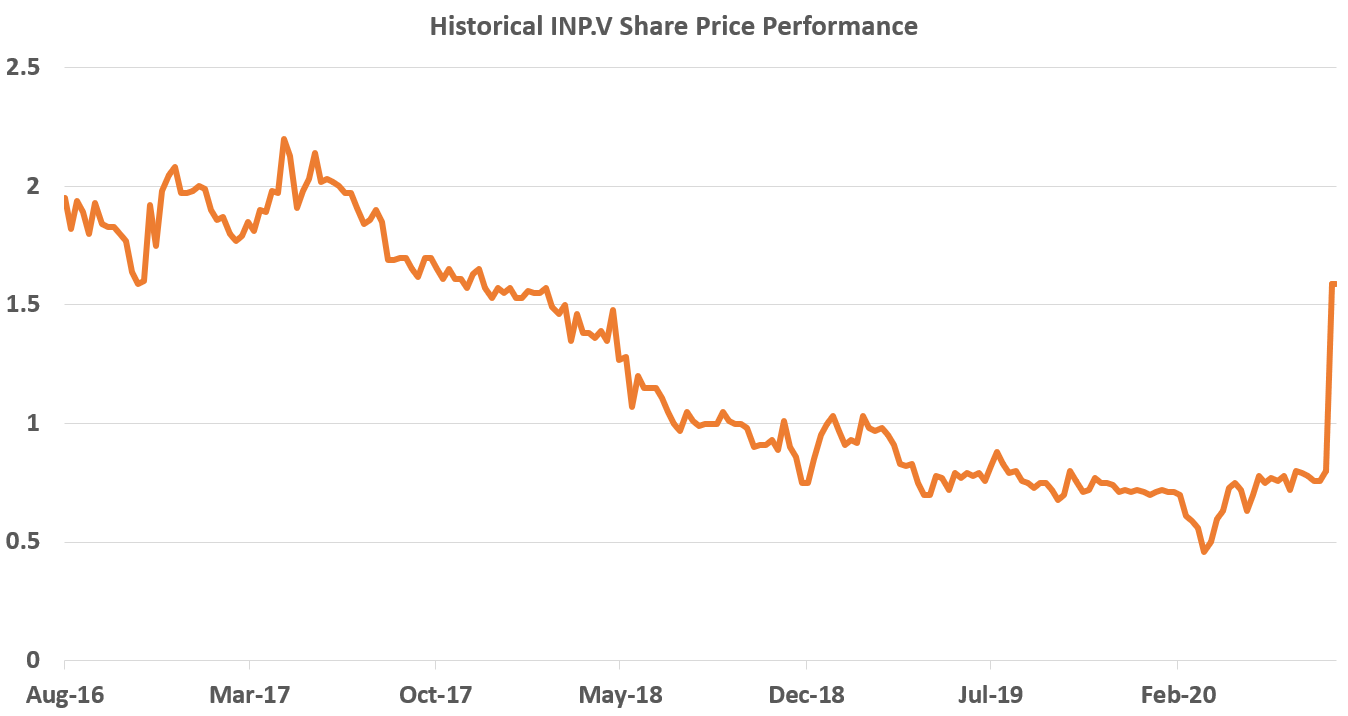 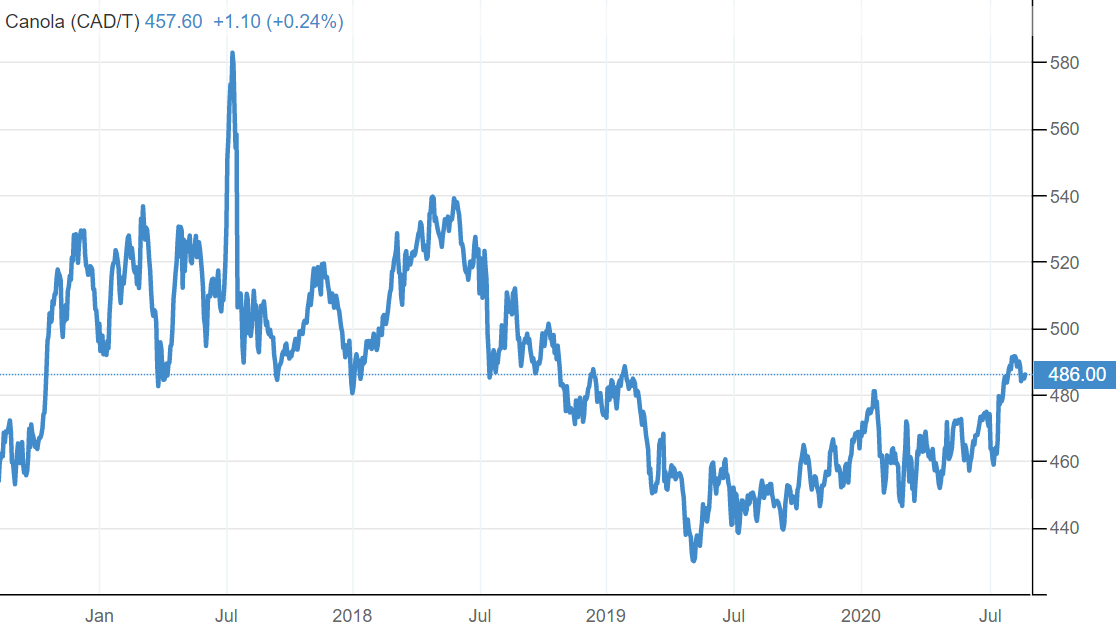 INP believes that the mortgage streaming segment provides the biggest opportunity for business growth, however since launching its mortgage streaming segment in 2018 the company has apparently faced issues with finding capital to finance the mortgages. Because of that, in Feb’19 the company has started a strategic review, however, in May’19 concluded that due to current market situation and trade disruptions, the effective funding of the farmland mortgage streaming business is not available. As a result, the company stopped new originations for the mortgage segment and instead focused on maximizing shareholder’s value through share buybacks. During 2019 the company has launched a substantial issuers bid (SIB) and purchased 19.6% of its shares at C$0.82/share (the offer was slightly undersubscribed), while in April’20 it has completed another SIB for 12% of shares at C$0.70/share (undersubscribed as well – only 7.4m tendered out of 12.5m intended to be bought).

Despite the struggles, it seems that the current buyer is very interested in the mortgage stream business. Bridgeway’s CEO stated:

Last year, our Board of Directors ran an exhaustive strategic review process, to seek out a partner with a source of scalable capital to grow our mortgage stream business. Shareholders will know that for the last 14 months, we have continued to search for a capital partner while focussing on growing book value per share. We are pleased to have met the team from Bridgeway and put together this proposed transaction that provides immediate liquidity and certainty of value that we believe to be in the best interest of all shareholders.