This is a risky all-stock nano-cap merger in the cannabis industry.

On the 5th of October, Driven Deliveries signed a definitive agreement to be acquired by Stem Holdings. Consideration stands at 1 STMH per each DRVD share. Despite the size of the buyer, 200k+ shortable shares are available on IB at a 4% annual rate. Liquidity is limited (about $20k daily volume). Closing is expected in Q4 2020.

Merger conditions are not explained in great detail, however, it seems that the consent from shareholders of both companies is required. DRVD shareholder approval has already been received on the 22nd of October, however, no information is provided yet on the process from STMH side. STMH management and affiliates own 28% of the outstanding shares and given the strategic rationale (as well as STMH price jump after the merger announcement) it seems that the approval should go through. The merger is also conditioned on a $20m equity raise (combined) by both companies.

The strategic fit (complementary businesses, scale, cost savings, etc.) is there and both companies seem very incentivized to complete the transaction to increase their odds of surviving among fierce competition. They’ve even reported a combined Q3 business update with combined financial results. Moreover, in case the merger is terminated, the downside could be minor as both stocks trade close to pre-announcement levels. Q3 results from the recent business update also seem positive (looks like DRVD performed even better than STMH, so there might be no loss on the hedged trade).

The major risk is the equity raise condition. Not many details are provided, but it seems that the goal here is to raise $20m: “Both STEM and DRVD have taken steps to commence equity raises of up to $20M on a combined basis”. It is difficult to estimate the outcome of the offerings – on one hand, both companies are still fresh and struggling nano-cap cannabis players, on the other hand, their growth rate has been quite substantial so far (more on both businesses below).

S-1 filing states that together with the intended 20m share issuance, the equity offering will also include registration of another 89m shares offered by the selling shareholders (67m common shares + 21.5m converted from notes and warrants) who will gain the opportunity to sell their holdings in the open market and private transactions. The current expiration date for the equity raise is set by Mar’21.

On a positive note, a certain accredited investor subscribed and bought 2.6m shares of DRVD at $0.50/share.

DRVD is an online retailer of Cannabis products. It also offers its proprietary supply chain and offers end to end delivery service.

In Q2, it had a working capital deficit of $11.5m. There is an ongoing doubt about the company’s ability to proceed going forwards: 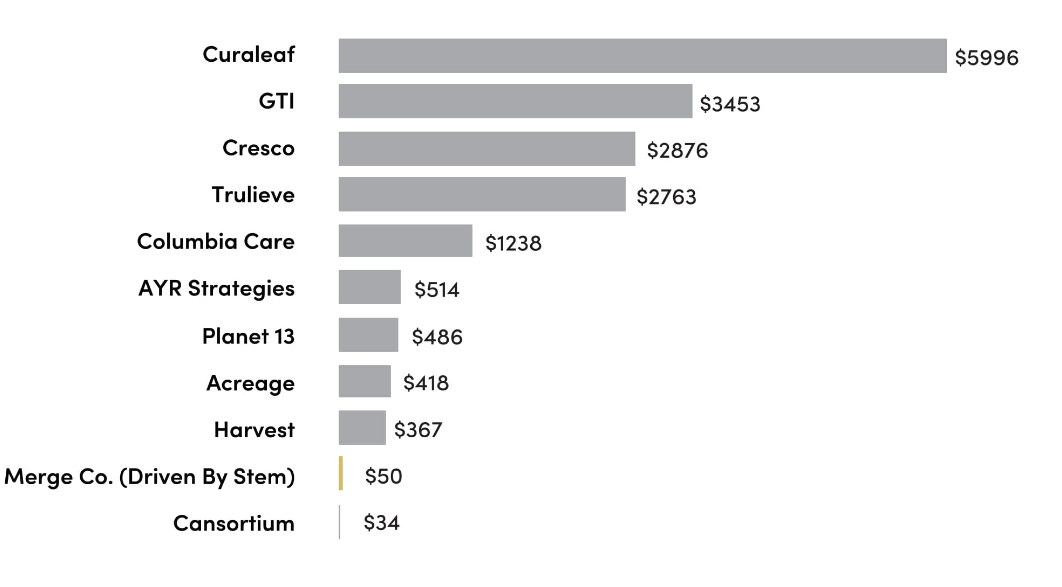 STMH owns and operates properties in use for cannabis production. The company also participates in the development of cannabis products, markets them through its own retail properties, and supplies to other retailers as well. Additionally, STMH has multiple ownership interests in various cannabis licenses (cultivation, production, distribution, dispensary, etc.).

DRVD is the largest acquisition so far, however, before that STMH made several other acquisitions, with the most recent being Opco Holdings for 12.5m shares ($3.8m) vs close to 100m shares to be issued with DRVD acquisition (assuming full subscription of newly issued shares in DRVD equity offering).