2020 was a very eventful year for the whole world and for the financial markets. However, as with every crisis, it provided numerous attractive investment opportunities to capitalize on.

SSI used these opportunities well and did great during 2020:

So all in all, 2020 turned out to be a really exciting year for SSI performance-wise.

The chart below illustrates a detailed breakdown of returns on individual special situation ideas published during 2020: 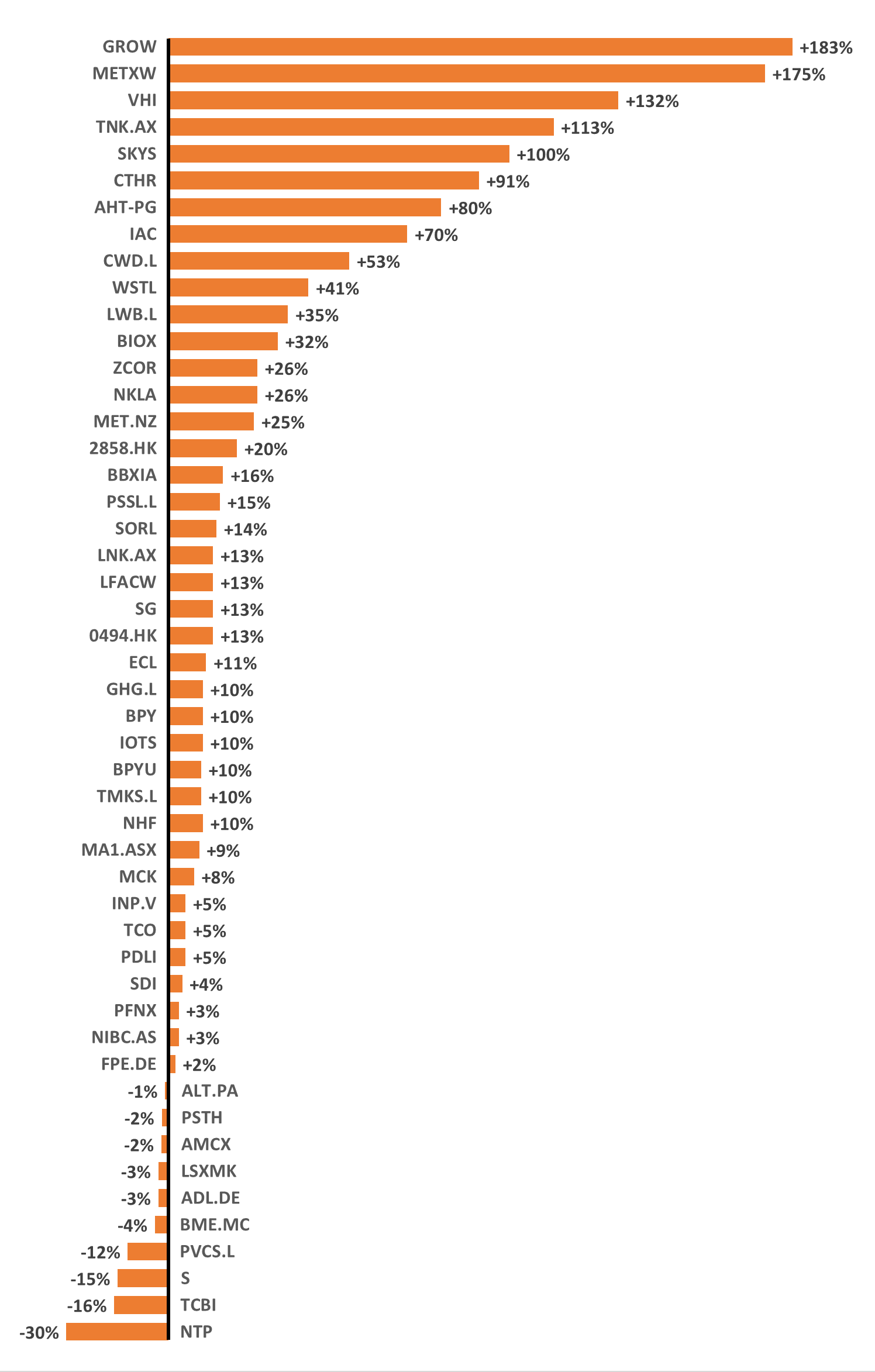 While a large part of published special situation opportunities generated returns in the range of 10%-25%, keep in mind that the average holding period was just around  2 months, which translates into very impressive IRR performance for most of our cases.

A NUMBER OF HIGHLIGHTS