This is a tiny merger between two exploration-stage lithium miners. Although there are several favorable aspects indicating decent chances of this transaction closing successfully, mergers in the mining (especially exploration stage) sector always come with elevated levels of risk. Please do your own due diligence before investing.

On the 9th of February, it was announced that Plateau Energy Metals is getting acquired by its peer American Lithium (ticker: LI.V). American Lithium (market cap $230m) owns two lithium projects in Nevada, while PLU (consideration amounts to around $80m) is involved in lithium and uranium exploration in Peru. Each PLU shareholder will receive 0.29 LI units per Plateau share. Each unit will be comprised of 1 LI common share and 0.5 warrant with an exercise price of C$3 and expiration date of 3 years after the merger. Upside to the share part of the consideration alone currently stands at 24%, while warrants are also “in the money”. Combined upside currently stands at 27%, however, if LI share price continues to appreciate, upside from the warrants could increase substantially (LI price spiked over C$4/share after the merger announcement). Positive tailwinds from the Lithium sector might help the share price to stay elevated till the merger closes.

Both companies are listed in the US (official tickers on pink sheets) and Canada. Over 200k shortable shares of the US listing (LIACF) are available on IB at an 18% annual fee rate (would consume only 4.5% of the upside assuming closing by the end of May).

Given the high likelihood of PLU shareholder approval (meeting will take place in April, see more details below) and recent tailwinds in the lithium sector, it seems that there is a good chance that this transaction will close as expected.

If things go south, the downside to pre-announcement seems limited so far (18% including the hedge). However, the share prices of both companies are sensitive to lithium commodity movements and outlook for the whole sector.

Conditions include 2/3rds of share and option holders voting in favor of the transaction as a single class. Directors own 17% of PLU shares. As of Sept’20, out of the money options diluted the outstanding shares by nearly 5%.

There are several reasons why shareholder vote is likely to pass:

This is more of a side note, however, I believe the whole idea of positive lithium sector tailwinds and overall industry consolidation adds a considerable amount of confidence for the successful closure of the current merger.

Lithium market is strongly dependent on the EV industry development. For several years now, lithium price has been spiraling downwards, turning from “white gold” to “white dust” due to the excess supply in the market. However, this year the market has finally rebounded as it seems that the demand is finally catching up. Lithium price is now over 70% above the July’20-Nov’20 lows. 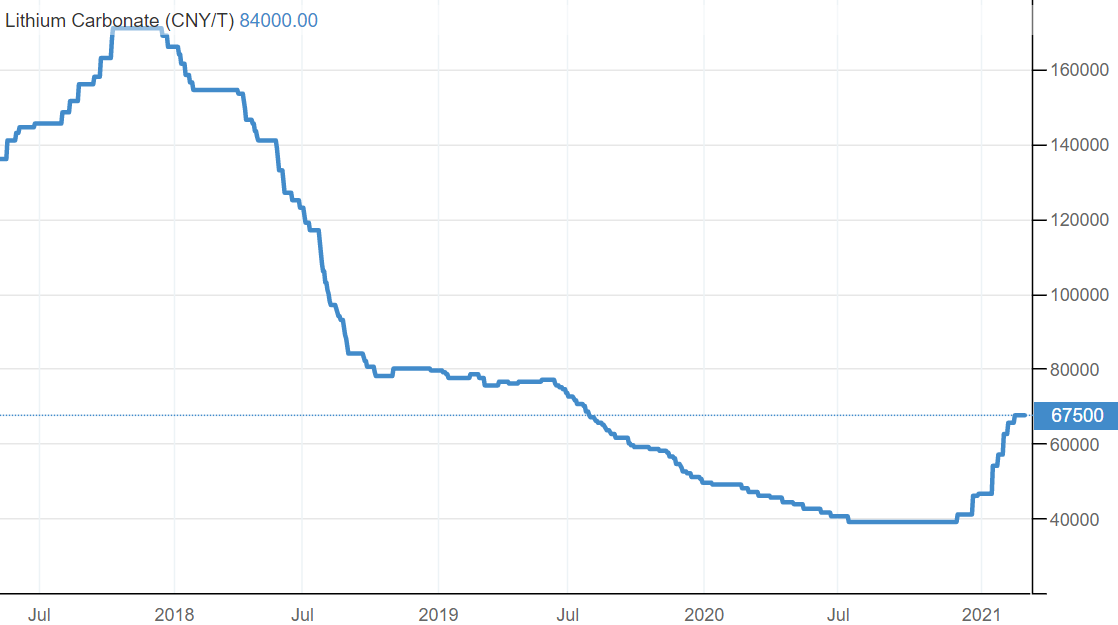 This move has been impacted by the increasing demand for EV vehicles, especially in China – EV sales reached record highs in Dec’20, then fell off a bit in January’21 (-28% QoQ, but still up 280% YoY). Apparently, major carmakers even increased their 2021-2025 guidance due to the demand spike after the COVID-19 outbreak. EV demand is also ramping up in Europe – EV sales in 2020 increased 137% despite the 20% decline in the whole auto market. The global EV demand is expected to increase by 22% CAGR until 2026.

Increased momentum in EV sales resulted in higher lithium demand, which is now outpacing the apparently tight supply. This trend is expected to continue – Benchmark Mineral Intelligence forecasts a 6k tonne lithium deficit this year vs what used to be a balanced market in 2020.

The company is exploring and developing its mineral resource (lithium and uranium) properties in Peru. Properties are located in the Macusani region and include 151 mining concessions. 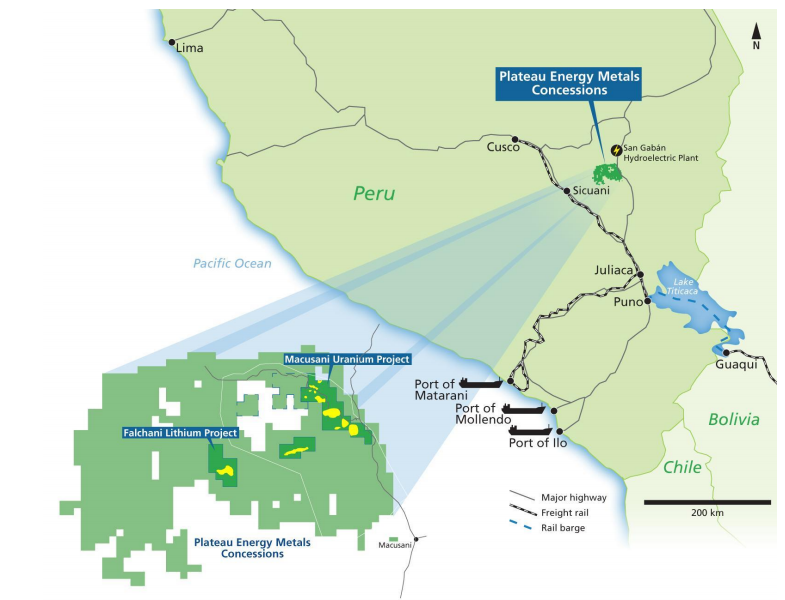 American Lithium is involved in lithium exploration and owns two properties (TLC and Extinction Ridge) in Nevada (not far away from Tesla gigafactory).