Expected Closing: end of May’21

Yet another consolidation in the junior gold mining industry.

On the 23rd of March, it was announced that UrbanGold Minerals (C$17m market cap) will be acquired by its peer Troilus (C$142m market cap) Gold for 0.3004 TLG shares for each UGM share. At current prices there is a 15% spread, however, Troilus borrow fee is quite high (31% annual), which reduces the potential upside to around 10% assuming the transaction will close in two months. Conditions include approval by 2/3rds UGM shareholders and a majority of disinterested UGM shareholders. TLG owns 9.7% of UGM shares, while directors hold another 6.6%. It is not clear yet if directors will be considered as an “interested party”.

Downside to pre-announcement price levels stands at around 13% from both legs of the trade. However, these are micro/nano-cap junior miners (pre-revenue operations) with significant share price volatility, so the actual downside might be different and is difficult to predict.

Positive aspects of this transaction 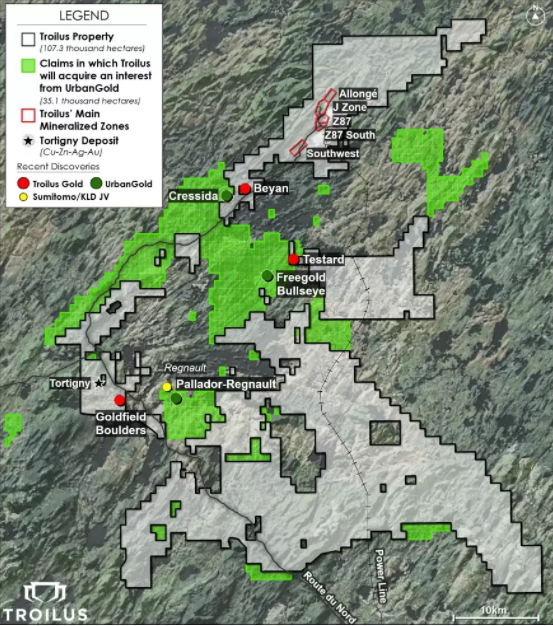 The company holds key land positions in the Troilus-Frotet area in Quebec, Canada.

Troilus is a gold and copper mine located northeast of the prolific gold-producing Val-d’Or district in Quebec. 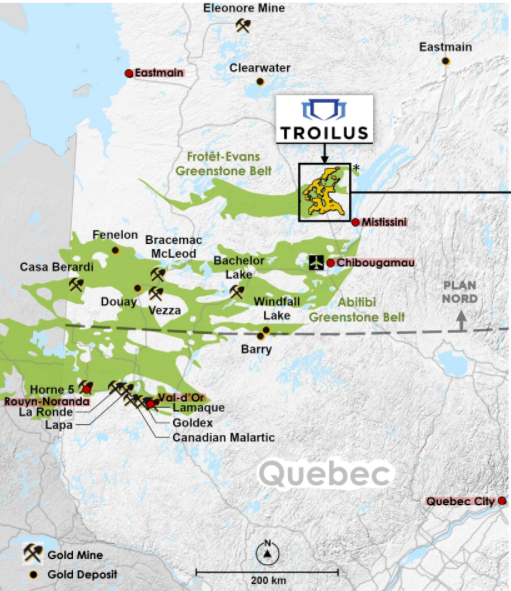 The company has completed PEA in August 2020 and is working towards a pre-feasibility study in 2021. 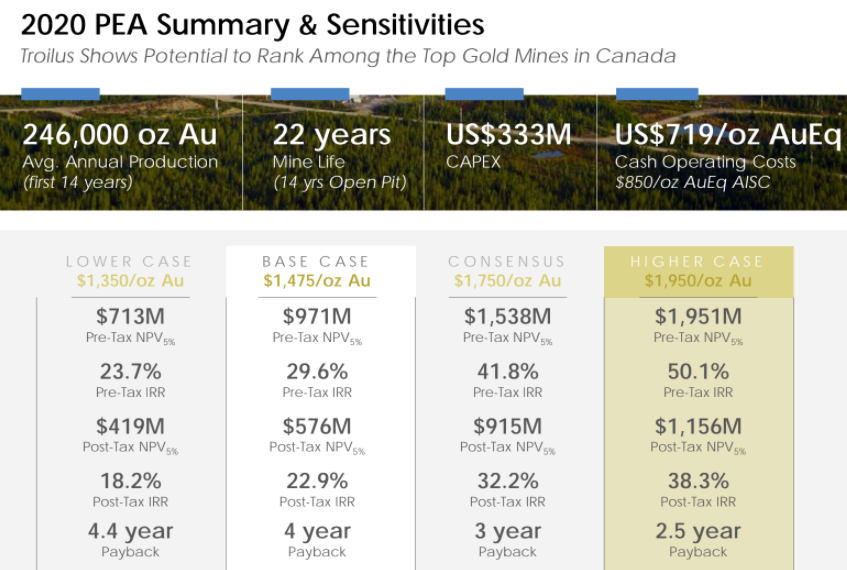 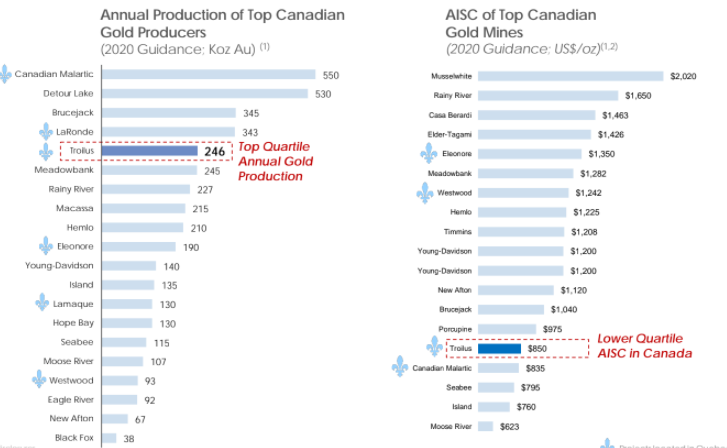