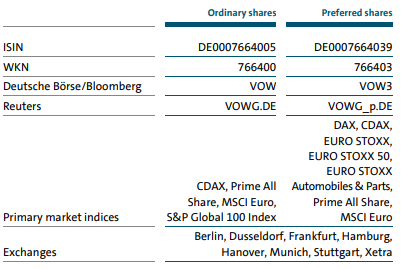 In the rational world, I’d say that preferred shares should be trading above the ordinary shares, or at least be equally valued. This used to be the case till the short spike during COVID outbreak (prefs sold-off more than the ordinaries). Last month the premium spiked up again, this time to 49%. 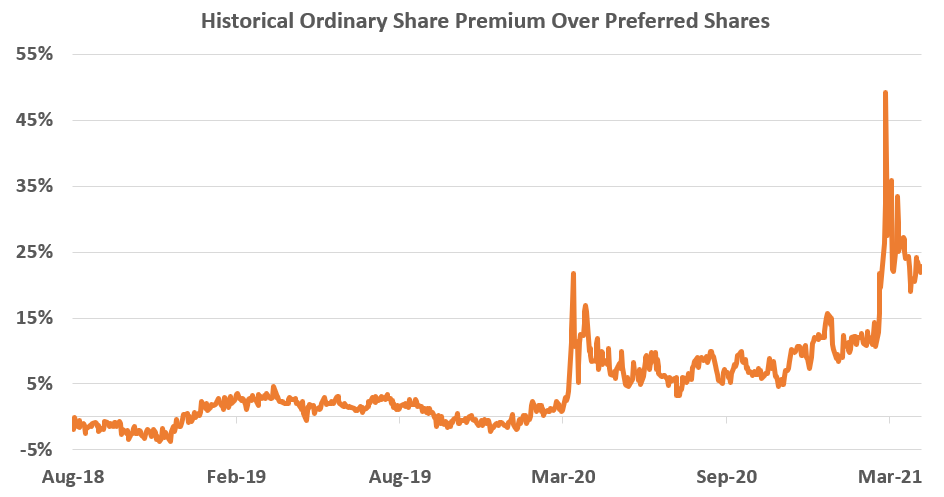 The premium has narrowed down to 23% since then, however, is still significantly above the historical levels. This offers an opportunity to play on the premium mean reversion. There’s plenty of VWAGY shares to borrow on IB – 400k shares at a 2% annual fee.

Worth noting that a similar German case has already been published on SSI (BMW.DE), which didn’t quite work out – BMW.DE  ordinary shares continue to trade at a large premium to the preferreds. However, this time, we at least clearly know the reason behind such widening of the VWAGY premium – Volkswagen’s Battery Day announcements and plans to conquer the EV market subsequent to which uninformed EV investors rushed to buy Volkswagen (a bit more details below). Most of these investors were likely uninformed about the cheaper preferred shares – even several media articles appeared suggesting “Don’t buy the wrong Volkswagen”.

The spikes in Volkswagen share prices (and also the widening of the spread between two share classes) happened after the Volkswagen’s “Power Day” announcement on the 9th of March (the spread increased from 13% to 22% on the 10th of March), the Power Day itself (15th of March), and Q4’20 earnings release (16th of March). During that week, Volkswagen basically announced its plan to beat Tesla and become the world’s largest EV manufacturer by 2025, which sparked a lot of hype and uninformed investors rushed to buy Volkswagen’s stock most likely without much consideration to cheaper alternatives (i.e. the preferred shares).