Merger arbitrage with quite limited trading liquidity. Aquila, a Canadian development-stage zinc/gold miner, has entered into a letter agreement with Gold Resource to be potentially acquired at an exchange rate of 0.0399. Plenty of cheap borrow available for hedging. GORO is currently performing due diligence in anticipation of a definitive agreement – the exclusivity period ends on the 22nd of October. The transaction would require approval of two-thirds of Aquila shareholders as well as regulatory consent – both are likely to pass. Aquila’s largest shareholder, Orion Mine Finance with 29% ownership indicated support of the transaction. Closing is expected in Q4’21. The biggest risk is that this is still a non-binding proposal, meaning that the buyer can walk away after the completion of due diligence process. However, I think this is unlikely to happen.

Aquila has Canadian and US OTC listings – both are rather illiquid with an average $5k daily volume.

Aquila flagship asset is a 100% owned gold and zinc-rich Black Forty project in Michigan, now in the pre-construction stage. The mine contains approximately 1.1 million ounces of gold and 1.2 billion pounds of zinc. Company’s shareholders are likely to support the transaction as the company needs funding to develop the Black Forty Project further. As GORO is a proven operator with a producing gold mine in Mexico, the operating cash flow from its producing mine is expected to reduce risks surrounding the fund-raising and financing of the Black Forty Project if the deal completes.

GORO is keen on the Back Forty Project as the mine will provide 10+ years of production potential with overall gold mineralization increasing by ~500% post-transaction. Once in production (expected late 2024), the mine is expected to be similar to GORO’s current Mexico mine in terms of grade and profitability. Also, the buyer hints at a significant discount to NAV and attractiveness relative to peers (chart below) at the current purchase price of c. $24m. GORO expects the combined company to re-rate in the market post-merger. 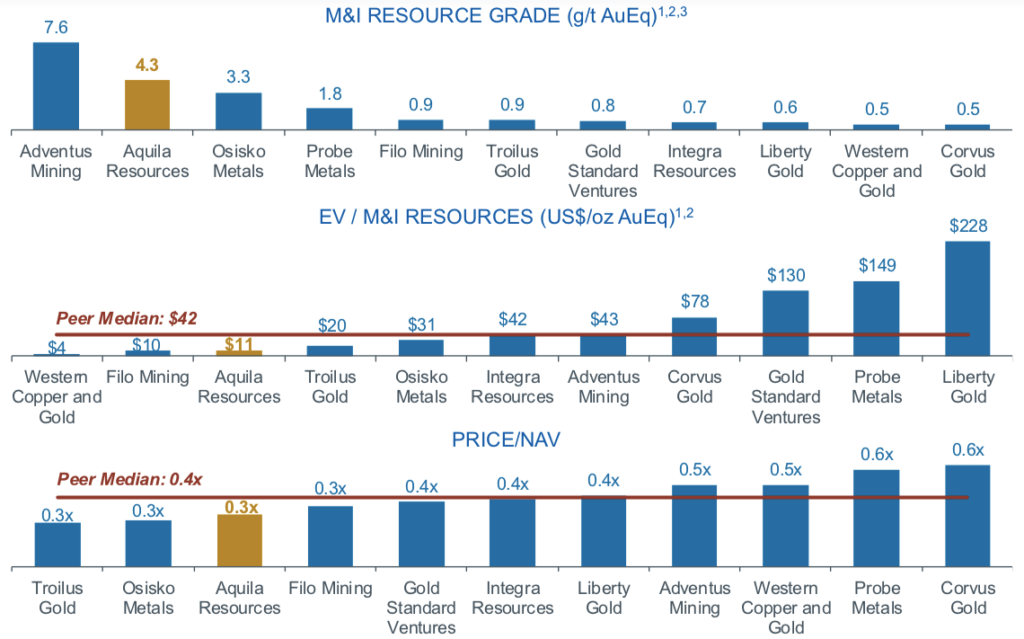 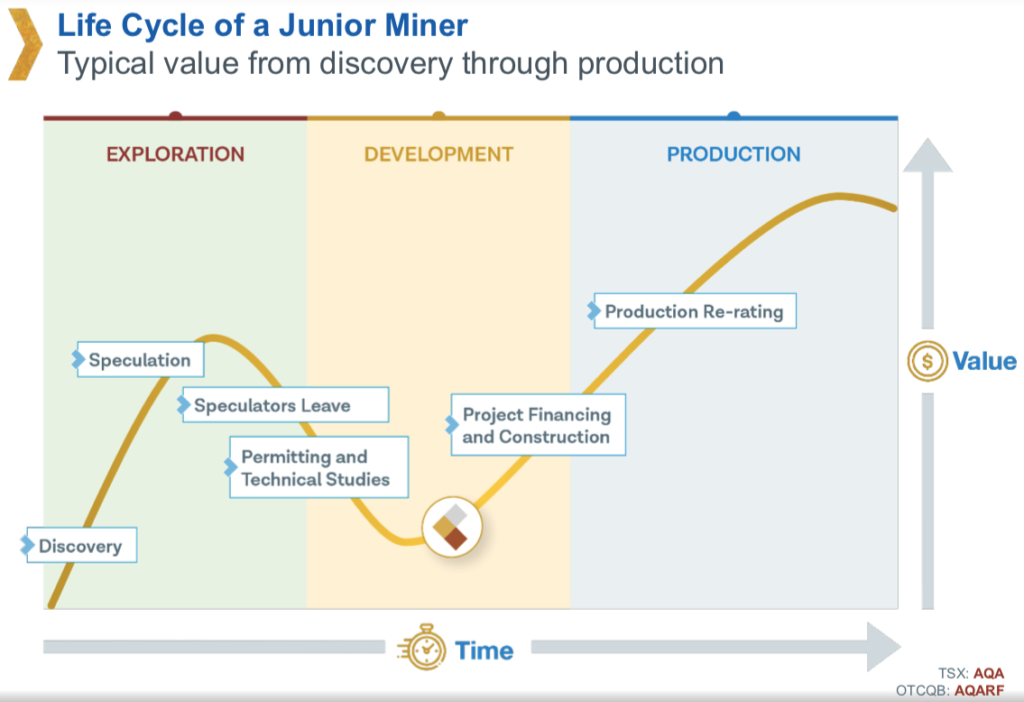