A short note on the fresh tender offer with odd lot provision and trading at the lower limit. No downside risk for odd-lot positions and free optionality on share price increases till the expiration. However, at the same time there are limited arguments in favor of the mid/upper limit tender offer pricing.

InvenTrust Properties is a shopping center/grocery REIT in the Sunbelt region. The company has recently uplisted to NYSE and launched a dutch tender offer for 5%-5.6% of outstanding shares to support the price and liquidity. The tender range is set at $25 – $28 per share. Odd-lot shareholders will be accepted on a priority basis. Expiration is set for the 8th of November. The positives are that directors won’t tender (although they own less than 1%) and there are no other major shareholders either.

After the up-listing the company seems to be fully valued even at the lower limit of the price range. IVT currently trades at 19x run-rate H1 FFO, 8% cap rate, and 3.3% dividend yield (will be slightly increased in Q4). In comparison, other shopping center/grocery REITs trade (H1 run-rate): BRX 13x FFO, 11% cap rate, KRG – 16x+ FFO, 10% cap rate, ROIC (more of a West peer) 19x FFO, 8.5% cap rate, RPAI – 14x FFO, 11% cap rate. Of course, most of these peers have significantly higher leverage (6x-7x net debt/EBITDA) vs IVT’s 3.9x and a bit lower leased properties rate on average. However, REG, the leading player in the industry ($12bn market cap) showing the best earnings recovery and expected to recover to pre-pandemic levels this year, trades at 18.6x run-rate FFO, 7% cap rate, and 3.3% dividend yield. Thus, despite the expected recovering shopping center REITs, it is difficult to see the tender getting priced anywhere close to the upper limit.

IVT owns 65 open-air shopping centers with 10.8m GLA. 85% of NOI comes from grocery-anchored shopping centers. Despite its size ($1.8bn market cap), prior to uplisting the company traded on pink sheets as IARE with extremely low liquidity and was off-the-radar for most investors. A bit more liquidity appeared after the uplisting announcement. The stock opened at $23.6/share on NYSE on the 12th of October with plenty of liquidity and has traded at that price for a few days. Although there are no major shareholders, I expect that many early arbitrageurs who bought at those prices will tender into the current offer – about 2.5m traded in the first two days after the uplisting vs 4m max limit to be acquired in the tender. 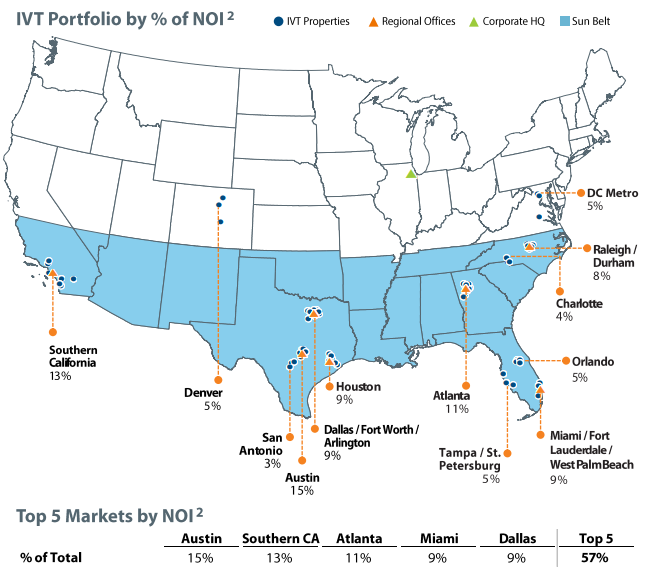 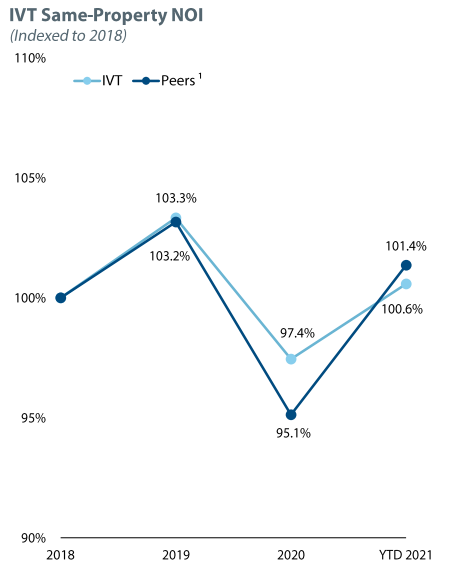