Consolidation of two insure-tech companies. Home and pet insurance provider Lemonade ($1.2bn market cap) is buying car insurer Metromile. Consideration is 0.05263 LMND shares for each MILE share for a total value of c. $140m. Shareholder approval has been received back in Feb’22, while antitrust approval was received two weeks ago. Only customary conditions remain and in the latest press release MILE confirmed that the merger is expected to close in early Q3 2022. The buyer is unlikely to walk away. So this is basically a done deal that should get closed in a few weeks. However, the spread doesn’t reflect that and has actually widened from c. 2% in Q4’21 to over at 13% now.

The main reason behind such a large spread seems to be expensive LMND hedging at 17% annual rate. Although borrow is available at the moment, there is a risk of forced buy-in before the merger closes or even of a short squeeze. Short interest is high at 30% of free float. LMND used to be a popular stock among retail/Reddit investors and yet another pumping wave could certainly happen.

However, I think risk/reward is still favorable given:

The downside in case the merger fails is difficult to assess. The deal was signed back in Nov’21 making pre-announcement prices kind of irrelevant. LMND offer came at a minimal premium to MILE prices at the time.

MILE/LMND traded at minimal spread till short interest spiked in Q1’22. Spread development is depicted below. 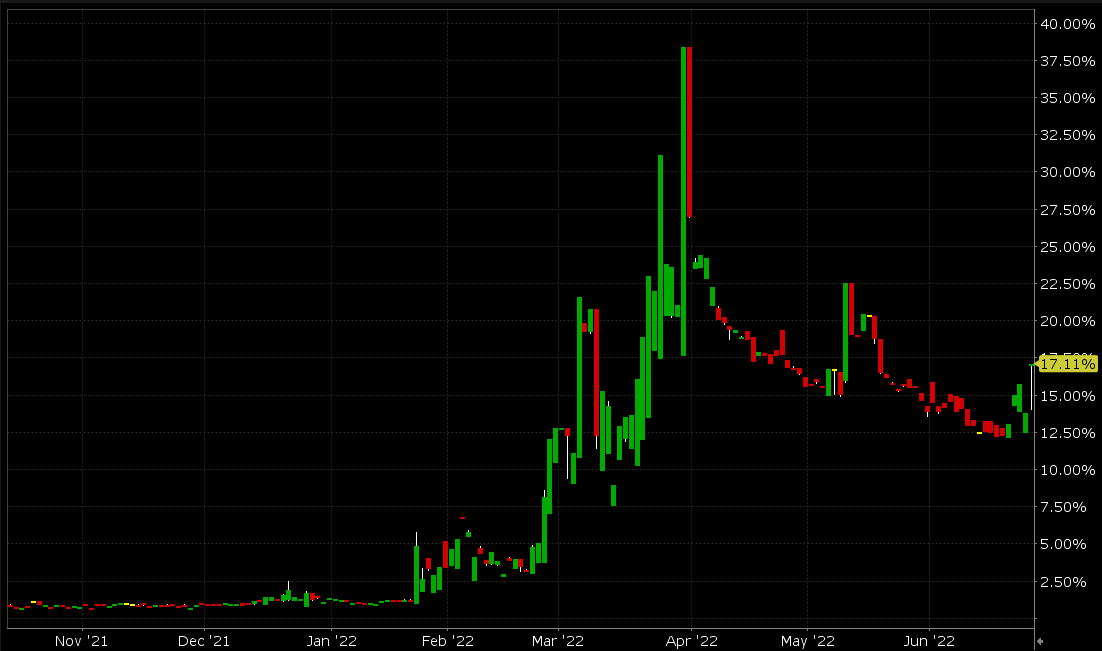 LMND is primarily a homeowner and pet insurer. It is a high-growth AI/tech story stock that has been hyped up by retail investors in early 2021. At its peak, the stock reached a valuation of 16x BV. Not surprisingly, the story hasn’t held up very well – Lemonade turned out to be a hand grenade blowing up 86% of equity value since Jan’21 (currently at 1.3x BV).

LMND’s underwriting performance has been terrible so far (stable 90% loss ratio vs peers at 70-75%). However, the company is growing its gross written premiums (GWP) at 45-70% YoY with the most recent run-rate at $440m GWP/year.

MILE offers auto insurance based on each customer’s miles driven (per month). It claims to have a sophisticated algorithm that tracks each customer’s driving habits (speeding, hard-braking, accelerating, cornering, etc.) and writes premiums based on that. The habits are tracked through the Metromile Pulse device, which is plugged into the car’s diagnostic port and transmits data to the company. MILE is one of Chamath’s SPACs, which he previously claimed to be the next Geico. Instead, it turned out to be one of the worst-performing SPACs so far. The underwriting performance is even worse than LMND’s, while growth is non-existent.

Given the strong need for LMND to keep the story going, I don’t think it will try to wiggle out of this all-stock deal just weeks before closing.