Merger arb spreads are wide and there is a high number of opportunities now present in the straight-forward merger arbitrage space. Some of these have already been highlighted or posted on SSI. But to get a better picture, we have reviewed all US M&A deals with spreads of 10%+ (or close to it).

***IMPORTANT*** This is an older write-up/version of the table from July’22. To see the new/updated write-up and the table as of September’22 click HERE.

In this post you will find a full list (24 deals) with our quick takes on the situation and reasons for the spread.

Printable PDF as well as full descriptions below. 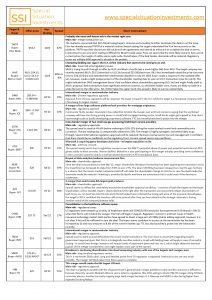 Probably the most well-known arb in the market right now. The market is concerned that Elon Musk having buyer’s remorse and is looking to either terminate the deal or cut the price. Elon has already accused TWTR of a material contract breach saying the target understated the % of bot accounts on the platform. TWTR says their disclosures did not breach the agreement and intends to enforce it to complete the deal on terms. Contract terms are very strict making it difficult for Musk to walk-away. Price-cut seems like the most likely scenario here and at current prices the margin of safety seems quite wide. Nonetheless, if the deal breaks, downside will be material. Regulatory issues are unlikely (HSR approval is already in the pocket).

Interesting bidding war saga in the U.S. airline industry that seems to be coming to an endSAVE is trying to push through an offer by ULCC and block a hostile (yet a much higher bid) from JBLU. The target company has recently rejected JBLU’s $33.5/share bid vs ULLC bid around $23.58/share now. JBLU has immediately raised the price one more time to $34.15/share and extended the hostile tender deadline to July 29. SAVE hasn’t made a response to the updated offer yet, however, made a slight postponement of the shareholder meeting date to vote on ULCC transaction (now for July 8). This might indicate that SAVE management doesn’t feel confident about shareholders approving ULCC bid and might finally yield to JBLU’s proposal. Both transactions have significant antitrust concerns, so whichever bidder wins, shares are likely to trade at a wide discount to the offer price. Yet, if JBLU takes the upper hand, the spread is likely to narrow substantially.

International merger in semiconductor industry. Approval from Chinese regulators will be required. The buyer is based in the U.S, while the target is a Taiwanese company with China being its largest market.

A merger of two large software platform/tech providers for mortgage originators. Community Home Lenders Association has called DoJ to block the merger over antitrust concerns saying that the combined company will have too strong pricing power in small/mid mortgage banking sector. FTC has recently launched a probe into the merger.

Cross-border merger of two small cap gas processing/midstream service providers. The spread used to stand at 4%-6% before widening to 10%-11% during the recent market turmoil and commodity price correction. The last trading day, it unexpectedly widened to 23%. The merger is highly synergistic and seems likely to go through. Several international regulatory approvals will be required. Business overlap seems low and management is confident that there should be no roadblocks on the regulatory front. Current spread seems way overblown.

Microsoft is acquiring game developer Activision – its largest acquisition so far. The spread mainly exists due to regulatory concerns over the MSFT’s potential abuse of power and potential restriction of ATVI games solely to Xbox consoles. Warren Buffet’s Berkshire is also participating in this merger arb play providing some confidence in the successful outcome and/or a well protected downside on ATVI standalone basis.

Buyout of data analytics/audience measurement firm. Since the deal announcement in late Mar’22, major shareholder Windacre Partnership has been opposing the transaction and in the meantime has increased its stake from 9.6% to over 27%. The latest 13D filing has been released two months ago. So there is a chance that the recent market turbulence/sell-off will make the shareholder change its mind as in case the deal breaks the downside would be material. Financing is provided by Apollo and there are some fears that it could crack if the downturn accelerates

A merger that could create 4th-largest gold producer. Spread seems to reflect the uncertainty around the shareholder approval conditions – consents of both the target and the buyer shareholders will be needed. Buyers’ shares declined 25% right after the transaction announcement. Major shareholders of both firms, inc. US fund Van Eck (5% GFI and 11% AUY stake) have criticised the timing and price of the proposal. Nonetheless, the target’s CEO is confident the investors will come around after they see how attractive the strategic rationale is during another round of the company/investor talks.

Consolidation in the healthcare software space. US regulators have ramped up scrutiny of healtchare deals and CHNG/UHN transaction has experienced it firsthand in Feb’22 when DoJ filed a suit to block the merger. The trial will begin in August. Regulators’ concern is antitrust issues in health insurance technology market. Both parties have agreed to divest a large part of CHNG (claims editing segment), however, it is not clear if this will be sufficient to save the deal. The buyer seems confident in success as the termination fee has been increased by 2x and now amounts to 8.6% of the current market cap. FTC has also launched a probe into the transaction recently.

International merger in semiconductor industry. Spread used to stand around 10% before the recent market turbulence. The main issue is uncertainty regarding Israeli’s government approval given that this is a strategically sensitive industry. Israeli withholding taxes will apply in case of succesful closing – to avoid these foreign investors will require loads of paperwork (personal info, etc.), which might delay the eventual payout of the merger consideration and might explain some part of the spread.

Broadcom is continuing diversification into cloud computing industry with one of the largests tech mergers ever. This is a mammoth $61bn deal. Long and detailed probe from EU regulators is expected. Antitrust issues are very much possible. The merger will likely take more than a year to complete.

This merger would create the 6th largest US bank. The deal is ongoing in parallel with the US government’s general bank merger guideline review and the outcome is difficult to forecast. Recently, senator Elizabeth Warren sent a letter to regulators (the OCC) asking to block FHN-TD merger, citing TD Bank consumer abuses. Another currently ongoing large bank merger between U.S. Bancorp and MUFG is also facing higher than expected scrutiny/delays.

OEM and aftermarket auto parts designer/manufacturer is getting acquired by PE firm Apollo. Weakened credit environment and turbulence in the equity markets increased the fear that Apollo might reconsider this deal. TEN is extremely levered and most debt is variable interest rate. Downside to the deal-break price is large and in the current environment the buyer might feel it is overpaying. Apollo has a reputation of a “slippery” buyer and there’s been a precedent of it terminating a large buyout during the previous recession/GFC. Nonetheless, looking at more recent difficult times (COVID), Apollo completed its acquisitions on terms.

Broadcast media company is getting acquired by a consortium of buyers (mostly PE firms). The buyer consortium includes Standard General, Apollo and Cox Media. Various indusry players and unions have voiced their concerns that combined TGNA/Cox Media will control too much of the market share (39% of U.S. TV households). FCC has recently issued a probe into the merger. The buyers say the merger will not affect competition as Apollo and Cox Media will own non-voting shares only.

A small clinical-stage oncology biopharma is getting acquired by a large Chinese pharma conglomerate. The market is afraid that the merger might get blocked by CFIUS due to the buyer being a Chinese firm. That would be quite unusual given this is a tiny acquisition of an oncology treatment developer with a very early stage pipeline. Downside to pre-announcement prices is very steep, which also partly explains the spread.

A merger of two equipment and other service providers to semiconductor manufacturers. All conditions except for the Chinese regulatory approval have been satisfied. China is concerned that consolidation in US chipmaking tool providers might restrict the supply to China. Last year, a similar deal between Applied Materials/Kokusai Electric had been terminated due to the same prolonged Chinese regulatory review. The application to SAMR (antitrust watchdog) has been refiled in March’22. Discussions are ongoing and recent media reports say that the progress towards remedies/settlement has been made.

Networking tech giant Ericcson is expanding its cloud communications segment with a cross-border acquisition of VG. CFIUS approval is the only major condition remaining. However, the buyer is having problems with DoJ and is facing turmoil in management due to allegations of its secret dealing with ISIS (these allegations appeared after the merger announcement). CFIUS review has been delayed until DoJ issues are resolved. Other countries are starting to investigate the merger as well. Interestingly, in the latest update a few days ago, ERIC has once again reiterated expectation of closing the deal before end of July’22. Spread narrowed from 20% to 10% as a result.

Healthcare/insurance giant UnitedHealth is expanding its healthcare services segment with LHCG acquisition. The market ascribed little risk to this merger and the spread used to stand at 1-2%. Mid-June news about FTC’s second request came out and the spread widened to current levels. Regulators have also recently challenged another one of UNH’s acqusitions (CHNG).

The merger of Canada’s biggest cable and telecom companies. Regulators have blocked the deal saying it will significantly reduce competition in Canada (where telecom rates are one of the highest in the world already). Certain concessions had been made, but were deemed to be insufficient. The spread used to stand at 20%+ before the recent news came out that all parties are about to start further negotiations towards the possible remedy of the situation.

Consolidation of two major US cannabis companies. Shareholder approval and regulatory risks are low and it looks like the merger should close successfully. The exchange rate is subject to proration adjustment by the amount of Columbia Care shares issued as an earn-out for its historical acquisition from Dec’20. Information on the earn-out is limited, except that the maximum size is $58m in CCHW shares. At current prices, the maximum earn-out would result in lowering the exchange rate to 0.508 and basically eliminate the spread.

An interesting arbitrage in the agricultural biologicals industry. Shareholder and regulatory approval risks are low. Hedging is expensive (10% fee), however, the remainign timeline is short – shareholder meeting is set for the 8th of July and the merger should close not long after that. Agricultural biologicals is a young/speculative industry (like cannabis several years ago) and most investors avoid it, which contributes to the spread.

Global money transfer services provider MGI is getting acquired by a PE firm Madison Dearborn Partners. The spread used to stand at 4% before the news came out that US Consumer Financial Protection Bureau + NY Attorney General are suing MGI for compliance and remittance transfer issues. There had been rumors about other states looking to start investigations as well. The magnitude of the suit is not clear and it is difficult to say how much the buyer had anticipated it before making the offer. Apparently, the market sees a small risk here.

Consolidation of two insure-tech companies. Only customary conditions remain and the merger is expected to close in early Q3 2022. Availability shortable LMND shares for hedging is limited and the fee has recently jumped up to 48%/year. Nonetheless, the remaining timeline is very short.